University Archives to Help Bring 1960s Madison Back to Life 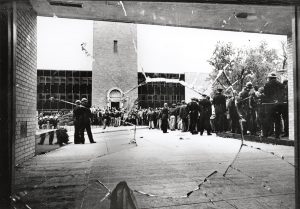 On June 14-16th, 2018, Madison will take a trip back in time, as the Madison Reunion: Bringing the 60’s Back Home festival kicks off. The event will highlight the transformative role Madison played nearly 50 years ago in not only theater, film, and general creativity, but also more notably, its impact on social justice causes. As part of the event, the University of Wisconsin-Madison Libraries, the University Archives, and Madison Public Library will partner with event organizers, including well-known musician, Ben Sidran, to help collect stories for a documentary about those who lived and experienced the Madison of the 1960s.

“It’s a cliché to say if you don’t know your history you’re doomed to repeat it,” said Sidran. “But in these times, when so many people are traumatized by the news and polarized by social media, coming together and talking about important issues may be old fashioned, but it’s a good way to go forward with a new sense of purpose and a continued sense of humor.”

The University Archives and Madison Public Library will assist leaders of the Madison Reunion in gathering individual stories and experiences from the 1960’s through video and oral recordings. The project’s structure will mimic the efforts of the Archives’ “Dow 50” public history project in October of 2017, as a team held a multi-day opportunity at the Madison Public Library to record the memories of individuals who experienced the Dow Chemical demonstrations on UW-Madison’s campus 50 years ago. UW-Madison’s communications and marketing departments also put together an extensive multimedia project, dubbed “A Turning Point” that marked the dramatic impact the events of the 1960s had not only on the local community, but how the nation began to look at the anti-war movement and social justice in general, for years to come.

“The Dow 50 project showed us what could be accomplished when we collaborated with the public library and engaged students to help us collect history through those who experienced it,” said Troy Reeves, Head of the Oral History Program at UW-Madison. “We hope to replicate that at the Reunion by gathering and preserving stories from the attendees who can give us some of their time to offer their perspective on campus and in the community during the 1960s.”

Participants willing to share their stories can sign up or drop-in at the Profile Room inside Memorial Union and speak about their experiences.

“We truly appreciated the Sidrans for giving us space inside the Union to pursue this project. It gives us a front-row seat to witness the impact Madison has on so many different facets of our community,” said Reeves. “This project gives us the unique opportunity and responsibility to help document and preserve the experiences and memories of the events and people that make Madison such a transformative force generation after generation.”

Sidran, the driving force behind the organization of the Madison Reunion, recently joined forces with the Libraries on another endeavor by giving them his extensive personal archives. The collection documents his extraordinary career as performer, composer, producer, lyricist, author, and radio broadcaster, highlighting his varied and award-winning contributions to the music world.

In addition to leading the organizational efforts of the Madison Reunion, Sidran plans to perform during the festival with Boz Scaggs and Tracy Nelson, two old friends from the sixties, and to participate on a series of panels addressing the subject of social justice.

To sign up to share your story, please consider scheduling a session with us. Those with more than a story to tell, such as pictures, scrapbooks, or other documents, should contact the University Archives at uwarchiv@library.wisc.edu or at 608-262-5629. For more on the Madison Reunion, visit www.madisonreunion.com. 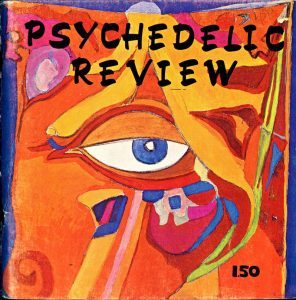 The UW Madison Libraries are involved in several projects and events across campus this year, highlighting the importance of the 1960s era. In addition to the Madison Reunion and collaboration with Ben Sidran, the Department of Special Collections now has an an exhibit opened title, “The Sixties. Remembering Who Was T/here.”

Through a Magnum Lens: Photographing the 1960s

The turbulence of the 1960s was made powerfully visible through the medium of documentary photography.  Members of Magnum, an international photographic cooperative, captured indelible images of the decade.  These images document the political and economic turmoil that marked the decade: the Vietnam War and anti-war movement; the California Grape Strike led by Cesar Chavez; Civil Rights marches in Washington, D.C. and Selma, Alabama; student protests and strikes in Paris, France; and the assassinations of President John F. Kennedy, Senator Robert F. Kennedy, Dr. Martin Luther King, Jr., and Malcolm X. Cultural happenings such as Woodstock, and the Hippie counterculture are also depicted.

The exhibit links events in Madison to the larger national scene through books, record albums, photographs, and other documentary sources. Along the way, we highlight some of the individuals who enacted or stimulated change through their writing, music, or activism.

Archives have also collaborated and provided materials for the exhibit “The 602 in the Sixties” by John Riggs.

The artist states, “Madison in the 1960’s was a Midwest way station between San Francisco, Berkeley and Greenwich Village for a tidal wave of rebellion and cultural evolution.

The 602 Club had become by then the watering hole for artists, activists, literati, intellectuals, and a mixed bag of scholars and misfits from all disciplines. It was also one of the early public gathering spots on Friday and Saturday nights for the gay community of Madison, and the University Art Department faculty meetings generally ended up there as well. It was an exhilarating scene–the characters were iconoclastic, the mood rowdy, and the conversation heady. Proclamations rang out, and the closer to closing time, the grander (and louder) they became.

I tended bar there during my undergraduate years, very early in my photographic career. While serving schooners, mixing drinks and making change, I was shooting with a 35mm Nikon SP in what little there was of available light. I was twenty-two, ignorant, arrogant, idealistic, and ambitious. And along with most everyone else, drinking way too much. Just home from two years in France and Germany studying French and German literature and philosophy, I was enchanted by the diversity of people and the sophistication of wit and language on all sides. It was this enchantment that stimulated me to record the raw power of the personalities, the physical beauty of the people, and the exotic ambiance of the 602 Club. This exhibit is my record of that time and place.”

This exhibition is generously supported by the University of Wisconsin-Madison College of Letters and Science.