For this year’s annual meeting of the History of Science Society, Meridith Beck Sayre and Nicolas Jacobson, graduate students in history of science here at UW-Madison, organized a session entitled “Spiritual Geographies.” In it they presented a joint paper, “A Place Where No Men Dwell, Nor Souls Pass Away: Defining Spiritual Landscapes in Giambattista Riccioli’s Selenography.” They made use of our copy of Riccioli’s Astronomia reformata (Bologna, 1665), 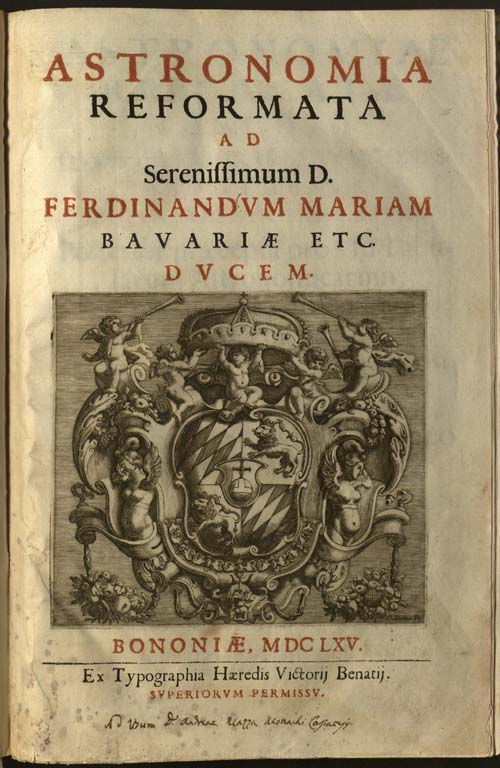 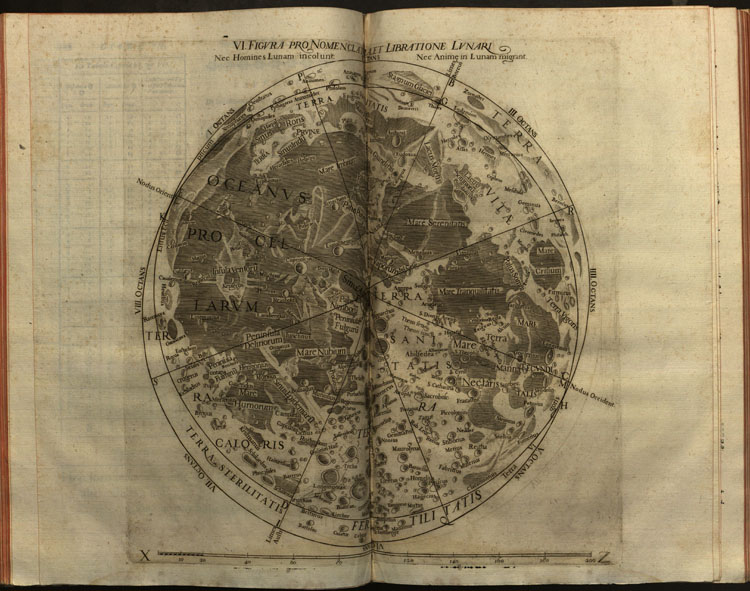 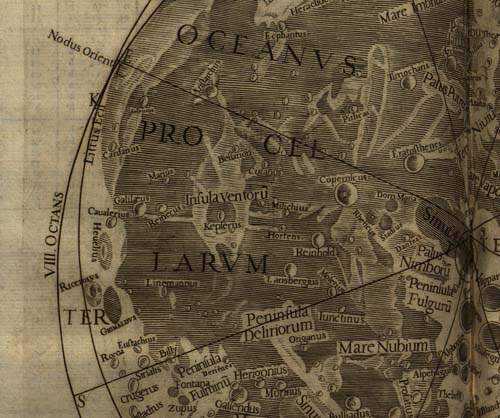 Riccioli’s book figured in the exhibit “Jesuits and the Construction of Knowledge, 1540-1773,” which Beck Sayre co-curated in 2011 along with Florence Hsia, James Lattis, and Robin Rider. Beck Sayre has also selected titles for a larger digital humanities project on early modern Jesuit iconography pertaining to scholarship and travel. A prototype of that image database is available through the UW Digital Collections.

For his part, while a student in Rider’s history of science course in 2009, Jacobson attended to another sort of geography. His exhibit case for the class-curated exhibit “Science Circa 1859: On the Eve of Darwin’s Origin of Species,” focused on the relationship of taxonomy and classification to philology, including geographical considerations in Josiah Clark Nott’s Types of mankind (Philadelphia, 1854) and Friedrich Max Mueller’s The languages of the seat of war in the East, 2nd ed. (London, 1855).  More about that course and exhibit: http://www.news.wisc.edu/17388.