The Mills Music Library and Mayrent Institute for Yiddish Culture are honored to announce eleven Yiddish cylinders in their care are now designated as national treasures. The cylinders, which are part of the Libraries’ Mayrent Collection of Yiddish Recordings, joined a select group of recordings deemed worthy of preservation because of their cultural, historic, and aesthetic importance.

“To hear these voices from 100 years ago is so powerful for so many reasons,” says Jeanette Casey, “the Library is committed to bringing our shared audio heritage back to life.” 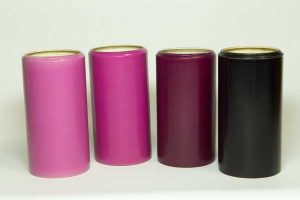 The cylinders are believed to be the earliest recordings of Yiddish songs, dating from 1901-1905.  Originally produced by the Standard Phonograph Company of New York, and re-released by the Thomas Lambert Company of Chicago, the recordings represent the first issued by an ethnically owned and focused record company, a risky venture at a time when a U.S.-based audience for foreign-language music had yet to be established. The surviving 20 cylinders provide insight into the Yiddish-speaking community of the era and into the difficult assimilation of Jewish immigrants arriving in America at the turn of the century.

“These recordings capture performances by the leading Yiddish-speaking musicians of the day,” says Scott A. Carter, former Assistant Director of the Mayrent Institute, “some of whom had arrived in the United States mere months before these recordings were made.”

The eleven cylinders may be heard and seen via in the digital version of the Mayrent Collection of Yiddish Recordings.

The Mills Music Library and General Library System gratefully acknowledge collector and musician Ms. Sherry Mayrent’s generosity in donating this unique collection. The Marinus and Minna B. Koster Foundation, the Littauer Foundation and Ms. Mayrent have generously provided essential support for cataloging, access, and preservation of the collection as well.

To hear a couple of examples of the recordings, listen here!

More About the Mayrent Collection of Yiddish Recordings Story 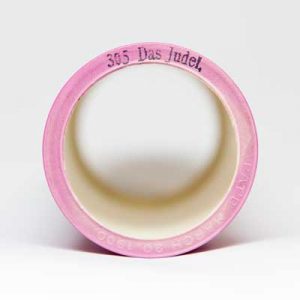 The Mayrent Collection of Yiddish Recordings, currently preserved and curated by Mills Music Library and the Mayrent Institute for Yiddish Culture, both at the University of Wisconsin–Madison, is unique in its comprehensive scale and scope. The over 9,000 78rpm discs include Yiddish theater, popular and traditional music, cantorial songs, klezmer music, poetry, drama, and event ballads and from locations as diverse as the United States, Eastern Europe, Latin America, South Africa, and Israel. The contents offer an unparalleled audio entrée into the vibrant, fascinating cultural practices of early-mid 220th-centuryYiddish life.

Between 1902 and 1903, the Thomas Lambert Company of Chicago released a series of 48 Yiddish-language cylinders, an unusual decision for a label whose standard fare consisted primarily of Tin Pan Alley tunes, marches, comedic sketches, and blackface minstrelsy songs. The recordings capture a critical moment in the development of Yiddish theater as the art form transitioned from its origins in Eastern Europe to the urban music halls of New York City. Listen closely, and you can begin to hear how the performers are beginning to blend Yiddish lyrics with the strains of American popular music.

This March, these cylinders will be added to the National Recording Registry after being nominated by Scott Carter, Assistant Director of the Mayrent Institute for Yiddish Culture in 2017. The National Recording Registry is a list of sound recordings deemed culturally, historically or aesthetically significant by the Library of Congress. Each year, the National Recording Registry at the Library of Congress chooses 25 recordings displaying the range and diversity of American recorded sound heritage in order to increase preservation awareness. The diversity of nominations received highlights the richness of the nation’s audio legacy and underscores the importance of assuring the long-term preservation of that legacy for future generations.