University of Wisconsin-Madison Spring 2020 Commencement, which was scheduled to happen Friday, May 8 (PhD, Medical Professional and MFA, at the Kohl Center) and Saturday, May 9 (Bachelor’s, Master’s, Law, at Camp Randall), will now be held online as a single virtual Spring Commencement 2020 on Saturday, May 9, at noon (CDT). Nate Gibson is devoting his May 7 episode of Circulating Sounds–our weekly radio show we started this semester on WSUM 91.7 FM–to Badger tunes celebrating good times, from “On, Wisconsin!” to “Varsity” with some popular tunes, as well as some more obscure Badger gems thrown in the mix, so we are drawing from that episode here in offering a virtual toast to all the graduating students! 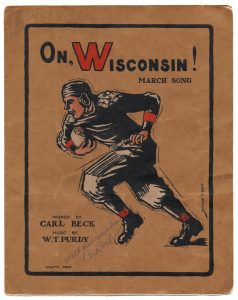 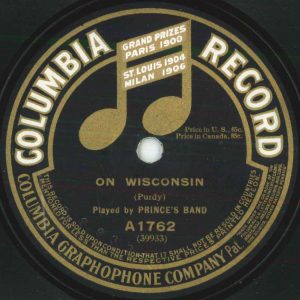 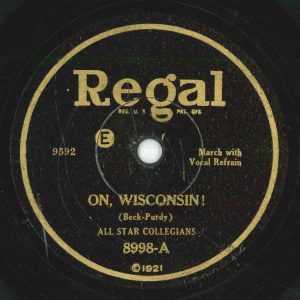 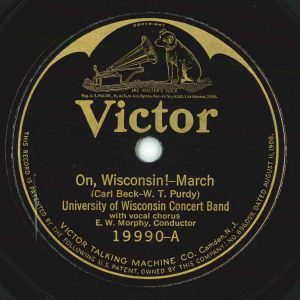 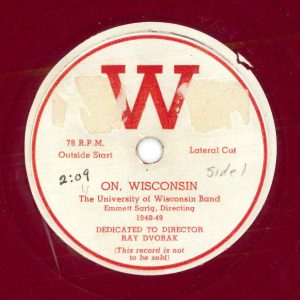 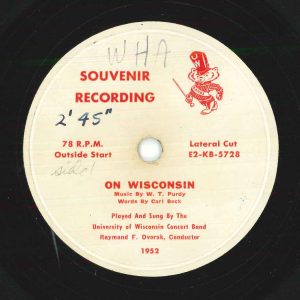 “On, Wisconsin!” is often included among college medleys alongside other popular songs like “Varsity,” “By the Light of the Moon” / “If You Want To Be A Badger,” and others. Here are two examples:

The Varsity Quartet sings “Varsity” and “On, Wisconsin!” 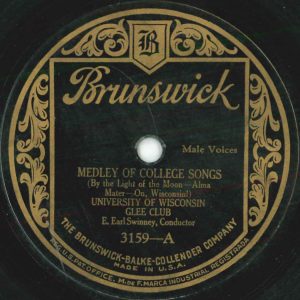 In this 1926 medley by the University of Wisconsin Glee Club, conducted by E. Earl Swinney, “By the Light of the Moon” is the title used for “If You Want to be a Badger,” and “Alma Mater” is used for “Varsity.”

“On, Wisconsin!” has been interpreted in various ways, by musicians of all sorts of cultural backgrounds. Here is an example by The University of Wisconsin Russian Folk Orchestra:

This is a live version from the The UW Center for Russia, East Europe and Central Asia (CREECA) at the University of Wisconsin-Madison presents the UW Russian Folk Orchestra 20th Anniversary Concert, recorded at Mills Hall, May 2017. Victor Gorodinsky, music director/founder, also works for UW-Madison Libraries as Slavic, East-European, and Central Asian Languages Cataloguer.

Perhaps the most iconic versions of UW-Madison’s most popular tunes are the ones performed by the UW-Madison Marching Band: