Memorial Library’s holdings in German language, literature, and culture constitute an exceptional research collection that includes (1) poetry, prose, and drama of Germany, Austria, and Switzerland, and of other areas to which German speakers emigrated, particularly in North America, as well as literary history and criticism of those countries; and (2) a renowned body of linguistic materials on the German language and its dialects. In addition, substantial holdings in Dutch literature, culture, and linguistics comprise an evolving component of our collections. 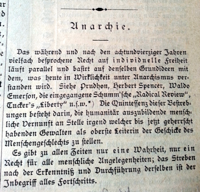 As the collection has sought to reflect and support the curriculum and research needs of faculty and students in the Department of German (and Dutch), the medieval period is especially well represented, as is German drama, with some 1,500 plays by close to 500 dramatists of the eighteenth and nineteenth centuries; and our holdings have been characterized as among the best in the world for the period from 1871 through the end of the 1920s. In addition to canonical authors, we have included complete works of many lesser-known and “popular” writers that are often not collected by academic libraries in Germany, as well as materials published in the United States. Other highlights include numerous Third Reich imprints, extensive post World War II publications from West Germany, primary and secondary literature from the former German Democratic Republic, and strong holdings in twentieth-century drama, as well as contemporary literature.

The Dutch collection has a strong foundation in linguistics and dialectology, based upon a large number of works acquired from the personal library of the internationally known linguist William Gamwell Moulton. Recent acquisitions in contemporary twentieth and twenty-first century Dutch literature continue to enrich the collection.

The UW’s Department of German has held a top ranking since its beginning in the nineteenth century; it has consistently been one of the best-known and most productive departments in the country both in terms of publications and number of degrees granted. America’s oldest continuously published scholarly journal devoted exclusively to German studies, Monatshefte, is edited by members of the Department and published by the University of Wisconsin Press. The relationship between Memorial Library’s German collection and the UW–Madison’s Department of German is mutually beneficial: by providing a rich resource for humanities research, the German collection aids in attracting scholars to the University; and these scholars in turn have done much over the years to assist in building and maintaining the collection at its remarkable levels of depth and breadth.

The large number of German-speaking immigrants who came to this state in the nineteenth and early twentieth centuries became an original and continuing benefactor to the UW–Madison’s unique collections. Many of the civic-minded immigrants contributed their personal libraries to the University, and even today, children and grandchildren of immigrants who are “cleaning out the attic” make significant donations.

Collections related to Memorial Library’s German materials can be found at the Wisconsin Historical Society Library, which is known for its holdings in American German-language newspapers and journals, and at the Max Kade Institute for German-American Studies, where a collection of German-language materials published in North America is maintained. 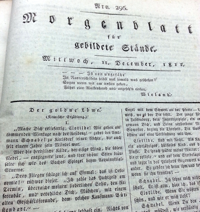 The strength of the University of Wisconsin’s holdings in German language, literature, and culture originated with and greatly benefited from the large number of German-speaking immigrants who came to the state during the nineteenth century and beyond. As German cultural activity and cultural patronage in Wisconsin flourished, Memorial Library became known for the breadth of its collections as well as its ability to support scholarship in these areas.

Early acquisitions through gifts and purchases established an initial collection featuring a broad range of reference tools, monographic series, journals, and editions and critical studies of works of significant authors. Later, the University of Wisconsin–Madison’s participation in the Farmington Plan resulted in a large increase in German-language holdings following the Second World War, and throughout the years, the UW has continued to support the development and maintenance of its collections in this area. Even today, significant donations are made by descendants of immigrants who are interested in preserving our country’s ethnic heritage. 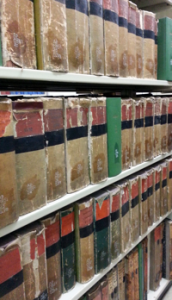 Thus intensive and ongoing efforts by librarians, faculty members, scholars, and members of the public have created an exceptional research collection that includes both (1) significant primary and secondary literary and cultural materials, and (2) a renowned body of materials on the German language and its dialects.

Dutch literature and linguistics comprise a substantial and evolving component of our collections, building upon the acquisition of many older books on Netherlandic historical linguistics and dialectology that originally belonged to Professor William Gamwell Moulton, Professor of Linguistics and Germanic Languages and Literatures at Princeton University.

Reflecting Wisconsin’s strong German heritage and the consistently outstanding work of the UW–Madison’s Department of German (and Dutch), the collections developed in these areas continue to be a high priority for the Libraries of the University of Wisconsin–Madison. 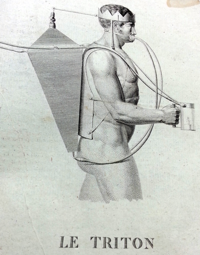 Scholars from around the world have praised Memorial Library’s rich holdings, noting particular strengths in German drama of the eighteenth and nineteenth centuries, including some 1,500 plays by close to 500 dramatists; in works from 1871 through the end of the 1920s, including not only canonical authors, but also lesser-known and “popular” writers that were often not collected by academic libraries in Germany; and in German-language materials published in the United States. In addition to its general collections of German and Dutch materials in the Main Stacks, Memorial Library also holds numerous special collections of interest to scholars: an enviable array of rare books and first editions from the late eighteenth century and Germany’s Enlightenment period; dozens of plays (in fragile condition) published by the Arbeiter-Theaterverlag Alfred Jahn in Leipzig during the Weimar Republic; a substantial number of Nazi-era books and pamphlets, including some from Heinrich Himmler’s library; pamphlets and newspapers documenting political parties and events surrounding the fall of East Germany (1989–1990); the Frances Ellis Collection of textbooks published and used in the U.S. to teach German language, literature, and culture; and the microfilmed Fruchtbringende Gesellschaft collection (originals held at the University of California, Berkeley), which documents the life and works of the members of Germany’s first literary society, which was established in 1617. In addition, Special Collections holds the Tank Collection, a substantial group of Dutch books and pamphlets from the sixteenth through the nineteenth centuries, covering topics on theology, history, travel, science, literature, and mathematics. 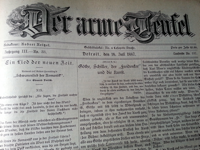 Additional highlights of the collection include:

If you would like to recommend a purchase for the collection, please fill out the Purchase Recommendation Form.