“The war not only encouraged self-sacrifice, but it also brought out the bullies, the super patriots, the true believers who found it easier to persecute those with whom they disagreed than to understand alternate points of view,” observes author Rick Pifer in the chapter entitled ‘Reflections’ of his new book, The Great War Comes to Wisconsin.  When considering the effects of World War I on its citizens, we have the benefit of 100 years of hindsight.  Yet it is often noted that humans have only a three-generation memory, at which point hard-earned lessons are lost and we are doomed to repeat mistakes.  Thus, in this centennial year of World War I, we find ourselves embroiled in debates about patriotism and what constitutes disrespecting our military, intense polarization between neighbors along political opinion, and suspicion of the free press under the barrage of “fake news” accusations.  It could be argued that we have all the elements of a potentially disastrous situation at hand.  On this 100th anniversary of the Great War, it might be prudent to take a look at the lessons it offers.

Rick Pifer’s The Great War Comes to Wisconsin uses a Badger State lens to bring the experience of the Wisconsin home front into focus during a time when super patriots painted pleas for peace as treasonous, suspicion and paranoia of German neighbors was rampant, and everyday citizens were asked to conserve food and energy while worrying about loved ones fighting far away.  If one was to be patriotic, there was no room for dissent.  Intimidation and suppression was the dark underbelly of unity and support.  But Wisconsinites managed to see themselves through these difficult times, in part due to the leadership of some of their elected officials who focused attention on the importance of free speech and justice, even during wartime.  Might we see our way clear to do the same today?

WHAT:  Diplomacy, free speech, patriotism and politics in a nation at war:  Rick Pifer, author of The Great War 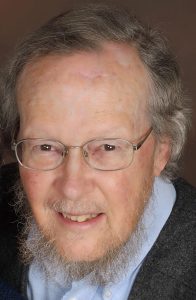 Comes to Wisconsin, draws parallels between today’s political upheaval and those of 100 years ago.