In observance of International Women’s Day, we call your attention to works on natural history by women authors included within our Cairns Collection of American Women Writers. This is but a sampling from relevant holdings in a collection “rich and resonant enough to support research in a variety of disciplines and fields of study,” to quote Susan Barribeau, Literary Collections Curator in Special Collections.

Many women authors aimed their books on natural history at a juvenile audience, and their publishers saw fit to commission eye-catching decorative trade bindings. Witness these two editions, issued 4 years apart, of a work on animal behavior: 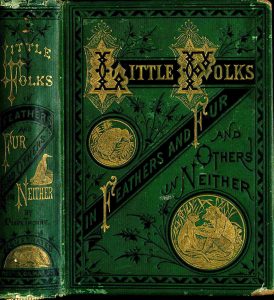 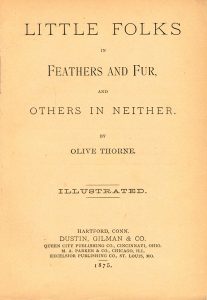 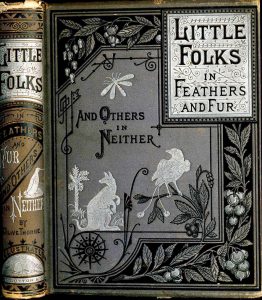 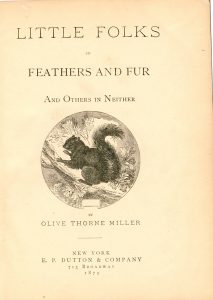 Addressing matters of botany were such titles as 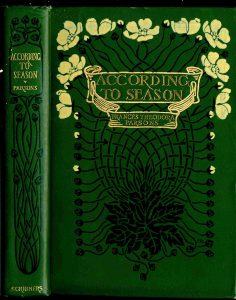 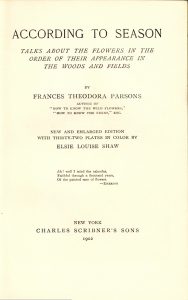 Parsons, Frances Theodora. According to season: Talks about the flowers in the order of their appearance in the woods and fields. New and enlarged edition with thirty-two plates in color by Elsie Louise Shaw. New York: Charles Scribner’s Sons, 1902. Call number: Cairns QK118 P2 1902. Two variants of the Margaret Armstrong binding on this title came to us “From the library of Marjorie Woodward Hood, class of 1940” through the generosity of her daughters – see CA 18060 no. 102 and CA 18060 no. 103, also in Special Collections. See the initials MA near the lower right corner of the cover design. For more examples of Armstrong’s work, browse her work in Publishers’ Bindings Online, including close-up images of the binding design for According to season. 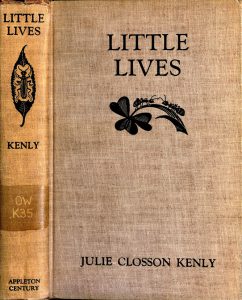 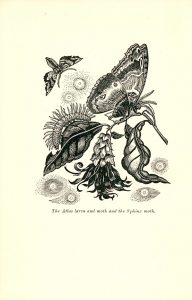 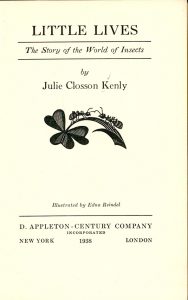 And this, combining botany and zoology: 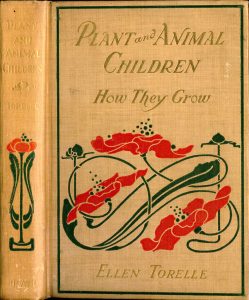 Watch this space for more from Special Collections on women writers of scientific works, whether intended for juvenile readers, a general audience, or specialists.