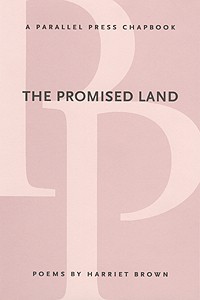 “The trees whiten and split/and heal themselves in their slow rush/toward light. I want to put my arms around/something more holy than myself and hold on…” Harriet Brown’s poems seek light and find it. But they are fundamentally concerned with what “coaxe[s] [us] up through/the long darkness where/[we] might have stayed.” These poems chronicle the insistent impetus toward growth, the splitting and healing, the “slow rush” that is the central drama of both the natural and the human worlds. They explore the hampering intrusions of darkness and the uneasy question of whether light can be trusted. Brown knows, for example, the fearful disquiet of living with simmering rage. She recognizes threat under the pretense of affection, observing it in her childhood home and in the gentle teasing a cat displays toward a captured, soon-to-be-eaten mouse. Yet the shadows are brightened with threads of healing — the anchoring nurture of grandparents, the surprises and instruction of gardening, a gift of transforming insight that announces “this is believing.” These elements of light bring “not a forgetting/but a softening, as if the harsh/outlines of loss were growing/over now with something like the tender/grass of spring,…” Brown unfolds her perceptions almost modestly as she sorts and gathers, unravels and makes distinctions. Her poems are subtle, quietly compelling, substantial, thoughtful. They create their own momentum, pushing steadily forward in the energy of discovery. “My life passes before me, not the everyday/but what I’ve come to think of as the life/of the spirit, which rises from the clutter/and bustle and points itself toward meaning./All my impatience is useless here, where/what is required is just being absolute/and present./…something shifts inside me,/like a slipped disk falling simply/into place.”

Harriet Brown grew up in New Jersey and lived for many years in New York City. She’s been writing poetry since she was twelve. Her poems have appeared in Poetry, Southern Poetry Review, Prairie Schooner, and other literary magazines, and have won various awards, including Grand Prize in the Atlanta Review’s International Poetry Competition. She’s been a finalist in the Discovery/The Nation poetry contest, and has been awarded a New York State CAPS grant, a fellowship to the Vermont Studio Center, and numerous fellowships to Yaddo. She earned an M.F.A. from Brooklyn College in l982. Brown is the editor of Wisconsin Trails magazine and the author of several nonfiction books, including Madison Walks(Jones Books, 2003) and The Good-bye Window: A Year in the Life of a Day-Care Center (University of Wisconsin Press, 1998). She lives in Madison with her husband and two daughters.

Last night we watched the big flakes fall.
Today the sycamores are lined with snow,
along each branch, down one side of each trunk,

like two worlds laid together for a time.
Almost, I think, Yes I believe, almost
take back our conversation where I let

go hope. The trees whiten and split
and heal themselves in their slow rush
toward light. I want to put my arms around

something more holy than myself and hold on
till I’m wet and cold, hold on, skin
against skin, through the long melt.