When one of the greatest gymnasts in the world stepped back from competition in the middle of the 2021 (née 2020) Tokyo Olympic Games, it sent shock waves around the globe. Simone Biles decided the delicate balancing act between her mental well-being and the push for gold was no longer equal. Protecting her mental health needed to win.

Tennis player and fellow Olympian Naomi Osaka made headlines earlier in 2021 after announcing she wouldn’t speak to the media during the French Open, also citing the need to safeguard her mental health.

Both athletes faced waves of passionate supporters and harsh critics, and their actions pushed a sensitive conversation into the limelight: What are the mental health challenges facing elite athletes? 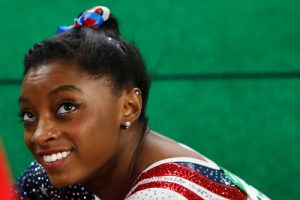 In recent years, the International Olympic Committee (IOC) has prioritized studying this complex issue, as the growing need to understand and attend to the mental health of elite athletes has become critical. The IOC began looking worldwide for the right people to help.

Enter the University of Wisconsin-Madison’s doctors and librarians.

“It’s no surprise elite athletes are susceptible to mental health symptoms, and in some cases, are disproportionately suffering,” says Doctor Claudia Reardon. Reardon is a psychiatrist with UW-Madison and co-chair of the IOC’s workgroup on Mental Health in Elite Athletes. “Even though we’re increasingly seeing brave individuals speak out, the general public perception is that the mental health and psyche of elite athletes must be superior and immune to challenges. That isn’t true.”

In 2017, the IOC contacted Reardon to assist with developing a consensus statement. Along with approximately 70 researchers from 13 countries, she joined forces to build 24 subtopics concerning the mental health of elite athletes – ranging from substance abuse, emergency psychiatric events, domestic violence, addiction to social media, eating disorders, gambling addiction, and more.

“We had a huge amount of information and literature to sort through – roughly 50,000 various pieces,” says Reardon. “We quickly knew we’d need professional and technical expertise to manage the research parameters and logistics. This was going to be a challenge, especially with six continents involved. It wasn’t long before we turned to the Libraries.”

Throughout 2018, Reardon and Mary Hitchcock, from Ebling Library, collaborated to hone the definition of the research subprojects, determined and confirmed subject terms and searches, pulled and organized citations into each separate research question to ensure all researchers involved received the appropriate items for their specific question. Research partners, specialists in the mental health subfields, would further exhaust the research together to develop agreements on what evidence could be used to provide knowledge and options to address their portion of the consensus statement.

“This is the largest project of my career,” says Hitchcock, a Health Sciences Librarian at the UW-Madison’s Ebling Library. “What stuck out to me personally through this was, you see the IOC realized medal counts don’t matter compared to the overall well-being of the athletes. The IOC is trying to create a culture where athletes feel like they can advocate for their needs, including mental health.”

The findings included common challenges like depression or anxiety were areas athletes were equally as likely to suffer from non-athletes. Other areas like eating disorders, substance abuse, certain ranges of anxiety were higher in elite athletes and differed by sport.

“Elite athletes, regardless if they are Olympian, Paralympian or professional, are not robots. They’re still human,” says Hitchcock. “They have the same personal issues and challenges regular people face, but they have been placed upon a pedestal. If they fail or fall, the criticism can be vicious and greatly intensified, as we have seen with Simone Biles.”

By November 2018, the researchers met at IOC headquarters in Lausanne, Switzerland, to review the final consensus statement. Eleven systematic reviews and meta-analyses born of this project were published within the preeminent British Journal of Sports Medicine, a feat Reardon says librarians played a crucial role in accomplishing.

“You always think you have a good sense of what is out there, but when you get librarians involved, they turn up research that you would never have found. They set the bar at a different level,” says Reardon. “Mary was one of the most important people involved. She ensured the information was found, organized, and able to move the project forward.”

Hitchcock and Reardon note intricacies in creating terms, synonyms, or specific subject headings within library research. Each database may run differently, and unless a researcher is intimately familiar, they may miss relevant information. Working with a subject-specific librarian drastically decreases time and frustration levels, in addition to opening up new areas of research – which can lead to incredibly impactful outcomes.

“It has become clear that there was a lack of systematic screening of athletes,” says Reardon. “You have to screen for these areas of concern. You can’t just tell on the surface whether or not an individual is struggling. Evidence-based screening is a key tool.”

As the IOC implemented the work from the consensus statement in 2019, both Reardon and Hitchcock hope their work and that of their colleagues from around the world will help better recognize the importance of mental health. 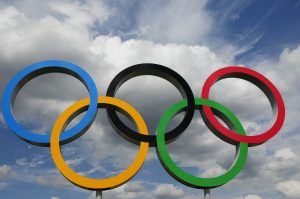 Since the development of the 2019 consensus statement, a subgroup has continued to meet to create a program that includes an IOC diploma, which Reardon leads, on mental health and sports, allowing clinicians to take a 9-month intensive course. Additionally, the NCAA Chief Medical Director Brian Hainline, who served with Reardon as co-chair of the IOC project, reached out recently to Hitchcock to assist with literature searches around the medical and psychosocial challenges facing transgender athletes.

Reardon and Hitchcock say this is another positive step in researching and addressing issues that impact many worldwide.

“Everyone seems to shy away from talking about mental health because of the stigma attached,” says Hitchcock. “Hopefully, this work has humanized the subject, brought light to these hidden topics, and can offer guidance.”