Mills Music Library holds over 250,000 items in its numerous Special Collections.  Subjects include music of the early stage, vernacular music of the Midwest, early American printed music, and music for the horn. A wide variety of formats are held, such as music manuscripts, scores, sheet music, field notes, 78 rpm discs, vinyl LPs, and audiocassettes.

To use Special Collections materials, contact us via email or phone (608) 263-1884 to make an appointment. Materials can be viewed within the Music Library Monday – Friday, 9 am to 4:30 pm. Please note some materials may require staff time for preparation. Please write or call (608) 263-1884 with questions or to request copies. 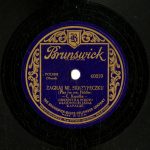 Dozens of languages and musical styles are represented. Prominent labels include Columbia, Capitol, Brunswick, Okeh, Victor, Mercury, Vocalion, and Edison. Wisconsin labels include Paramount, Pfau, Polkaland, Tell and many others.

Some volumes from this collection are available online. 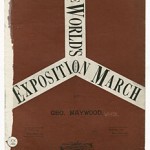 The Americana Sheet Music Collection contains some 7,000 songs published in 19th-century America. Principally music from the popular tradition, although that distinction is blurred until ca. 1865. Midwest publishers are well represented, as is music by women composers.

The Robert Andresen Collection includes thousands of recordings and song folios that highlight ethnic music in the Upper Midwest. Robert Andresen (1937–1995) was an avid collector of traditional recordings, a recorder of old-time musicians, and the host of the Northland Hoedown radio show that aired over KUMD-FM, Duluth, Minnesota. 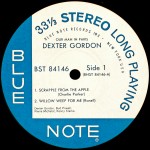 The E. Robert Arnold Jazz Record Collection contains approximately 2,650 78s of jazz sound recordings, mainly from the 1930s and 1940s. The collection also includes a large number of 16″ test pressings and radio transcriptions and a small number of LPs, audiocassettes, and jazz magazines. The commercial 78s can be found in the 78-rpm Sound Recordings Collection.

Items are available through the Library Catalog.

Marc Blitzstein (1905-1970) was a composer, lyricist and librettist whose output included works for concert works, opera, film scores, and the musical stage.

The collection contains approximately 58 scores and books from his personal collection published between 1880 and 1961. 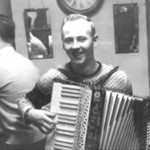 Items from Bruce Bollerud’s personal collection of materials relating to his work with the Goose Island Ramblers. 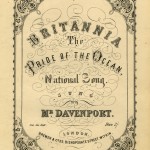 The collection contains approximately 450 songs published in England between the late-19th and early-20th centuries. 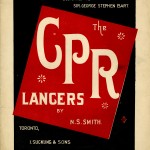 The collection contains approximately 15 songs published in Canada in the late 19th century. 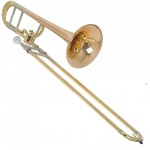 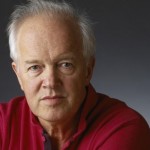 The collection consists of ongoing donations begun in 2007 of published music scores and books from the Dutch conductor’s personal collection. Many of the scores include marks in the donor’s hand.

Currently the collection amounts to about 175 scores, principally operas and symphonies. 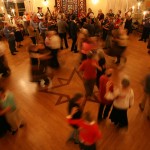 A collection of notebooks, pamphlets, programs, and dance instructional materials from various donors in Wisconsin and Minnesota. 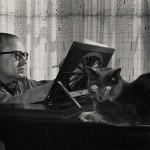 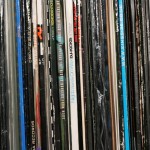 Marshall Granros amassed a large collection of folk music during his time as host of the radio program “Kicking the dog around” on WLFM in Appleton, Wisconsin.

The collection includes over 5,000 LPs, also audiocassettes, some 45s, and radio scripts. The LPs can be found in the Library Catalog.

The collection of polka and Polish-American popular music was compiled by Victor Greene (1934-2014) as primary source materials for his book, A passion for polka : old-time ethnic music in America.

The collection includes approximately 1,800 78s, 20 LPs, and a photograph of the První Cesko-Americky Bando-Concertina Klub, Chicago (1893).

The collection’s print materials and LPs can be found in the Library Catalog ; the 78s are indexed in the 78-rpm Sound Recordings Collection. 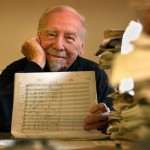 The collection consists of about eight hundred jazz and popular compositions arranged for studio recordings, and radio and television programs. The collection also includes nine transcription discs of performances by Henderson. 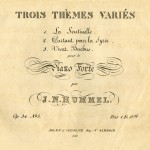 The Hummel Collection includes approximately 125 first and early editions of compositions by Austrian composer, pianist, and pedagogue Johann Nepomuk Hummel (1778–1837) and letters from the composer to his publisher. 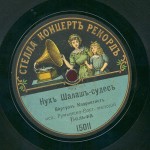 In 2010, Sherry Mayrent generously donated the Mayrent Collection of Yiddish Recordings, her entire collection of Yiddish 78s and cylinders, to the University of Wisconsin–Madison’s General Library System. Ms. Mayrent collected over 9,000 discs and 11 cylinders produced between 1900 and 1953 in the United States, the Soviet Union, Israel, Argentina, Uruguay, and elsewhere.

These rescued 78-rpm records present a wealth of research possibilities in folklore, linguistics, humor, and ethnomusicology. The Mayrent Collection allows researchers to trace the cross-pollination of musical cultures, to examine social attitudes through lyrics of popular song, and to delve into the history of klezmer music, Yiddish theater, and American musical theater.

The collection is being processed in partnership with the Mayrent Institute for Yiddish Culture.

Sheet music, folios and method books published between 1916 and 1950 from the Oahu Publishing Co. of Cincinnati, Ohio. The sheets are principally popular songs arranged for ukulele, slide guitar and/or pedal steel guitar.

Ford Porter amassed an enormous collection of popular, dance, polka, country, and folk musics, many with strong regional ties to the Upper Midwest.

The LPs from this collection can be found in the Library Catalog ; the 78s are indexed in the 78-rpm Sound Recordings Collection. 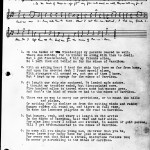 The Franz Rickaby Collection is made up of transcribed songs collected by Franz Rickaby in Wisconsin, Minnesota and Michigan. The types of songs include ballads, folk songs, sea chanteys, and songs about wars, tragedies, lumberjacks, Indians, cowboys, and frontier life.

Related materials: Ballads and songs of the shanty-boy.

78-rpm sound recordings from China and Japan issued in the 1940s, principally Cantonese and Peking opera styles. Labels include Chinese and Japanese subsidiaries of Columbia, Victor, Odeon, Beka, and Pathé. Many discs include original printed insert. Accompanied by notes authored by the donor in Chinese. 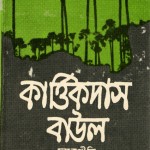 Contains music from India, Bangladesh, and Pakistan on audio cassettes. All genres of music are represented, with particular strengths in Indian film and popular music.

The collection is fully cataloged and may be searched using the Library Catalog. 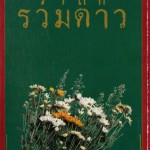 A collection of audio cassettes of popular and traditional Thai, Indonesian, Malaysian and Philippine music.

The collection is fully cataloged and accessible through the Library Catalog. 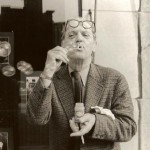 The Alec Wilder Manuscript Collection is a small collection of manuscript scores. Wilder (1907-1980) was a largely self-taught composer who wrote eclectic pop, jazz and classical music, principally for chamber ensembles. His hit songs include “I’ll be around,” “While we’re young,” and “Blackberry winter.” 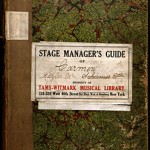 The Tams-Witmark/Wisconsin Collection comprises some 37,000 items, representing more than 1,600 titles from the musical stage in America from approximately 1800 to the 1920s.

Materials are from the entire range of the musical stage tradition: grand opera, operetta, musical comedy and revue, minstrel show, and burlesque. The collection is particularly strong in the areas of piano-vocal scores and promptbooks, but many titles include orchestral parts, full scores, choral parts, vocal parts, libretti, stage manager guides and dialogue parts, as well as production materials such as scenery, lighting, and costume plots.

Scanned images from collection are added to the database on an ongoing basis; the materials are fully cataloged and may be searched in the Library Catalog. 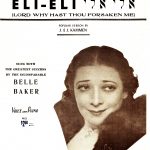 Over 300 individual songs published between 1897 and 1971 in Yiddish or Hebrew, almost entirely popular songs, and songs from musicals or motion pictures. 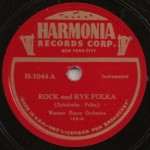 An inventory of 78s is available here: Zurawski.