Jim Leary has earned another Grammy nomination in the category of Best Album Notes by the National Academy of Recording Arts & Sciences for Alpine Dreaming: The Helvetia Records Story, 1920-1924. The 2019 Grammy nominees were announced this morning. Here are all the nominees for Best Album Notes: 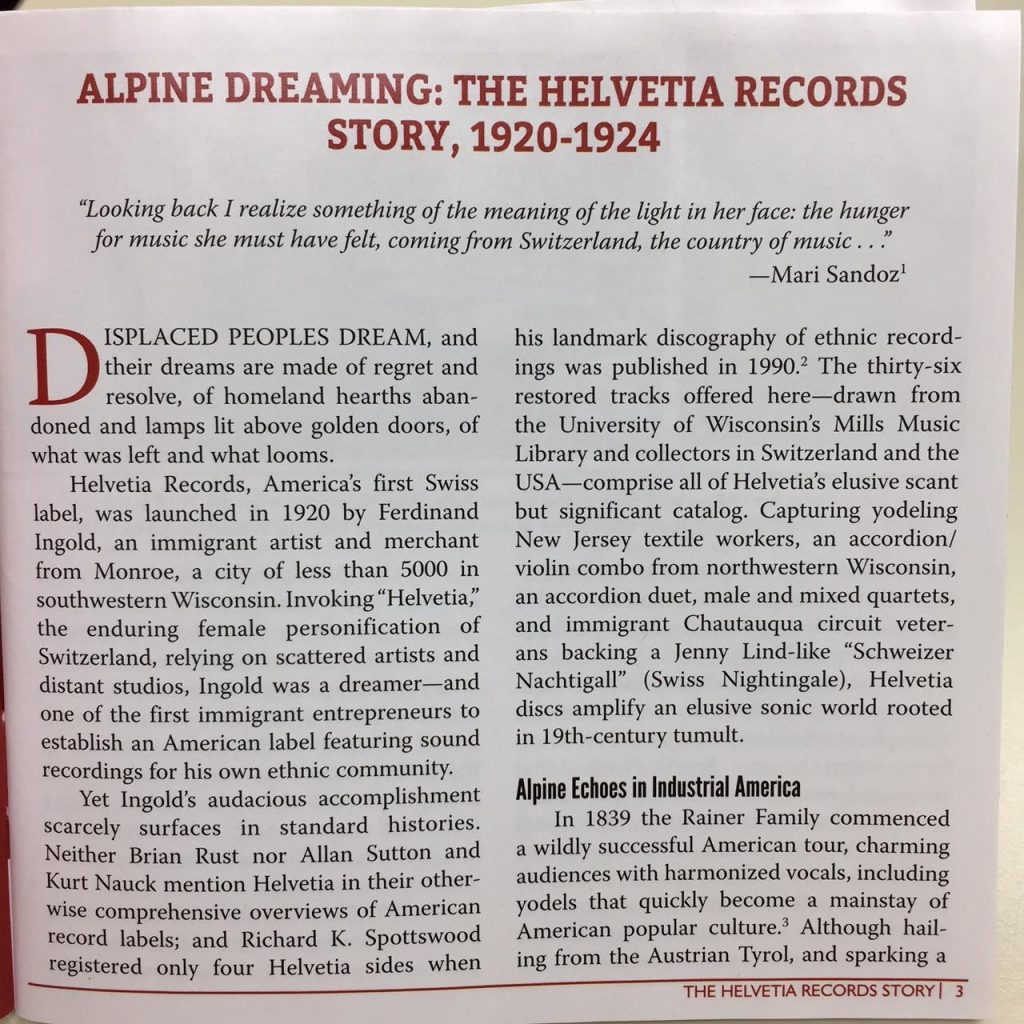 Leary’s “notes” for Alpine Dreaming are a 60-page booklet, in which he offers extensive background on the label founded by Ferdinand Ingold, a poor but visionary Swiss settler in the small town of Monroe, Wisconsin, as well as the performers. The 2 CD-set was produced by Archeophone Records in cooperation with Mills Music Library and the Center for the Study of Upper Midwestern Cultures, with partial support from the National Endowment for the Humanities.

Leary was nominated in 2015 for Best Album Notes for Folksongs Of Another America: Field Recordings From The Upper Midwest, 1937-1946, but Joni Mitchell received the Grammy. He admits he never thought it would happen the first time, but that it’s “pretty cool” to get another nomination. We also think it’s pretty cool.