Earth Day and the Arboretum

To commemorate Earth Day 2019 and to honor the UW-Madison Arboretum, which was just added to the National Register of Historic Places, we turn to the R. A. McCabe Collection of the Writings of Aldo Leopold in Special Collections. The collection contains a six-page typewritten essay, in which Aldo Leopold addressed the question “What is the University of Wisconsin Arboretum, wild life refuge, and forest experiment preserve?” Leopold delivered these remarks at the dedication of the Arboretum in June 1934, explaining that “Our idea, in a nutshell, is to re-construct, primarily for the use of the University, a sample of original Wisconsin.” He was named director of the Arboretum in July 1934, and remained closely associated with it until his death in 1948.

Actually, what we have in Special Collections is a slightly skewed photocopy of Leopold’s essay, with annotations in red in another hand, perhaps Bob McCabe’s. 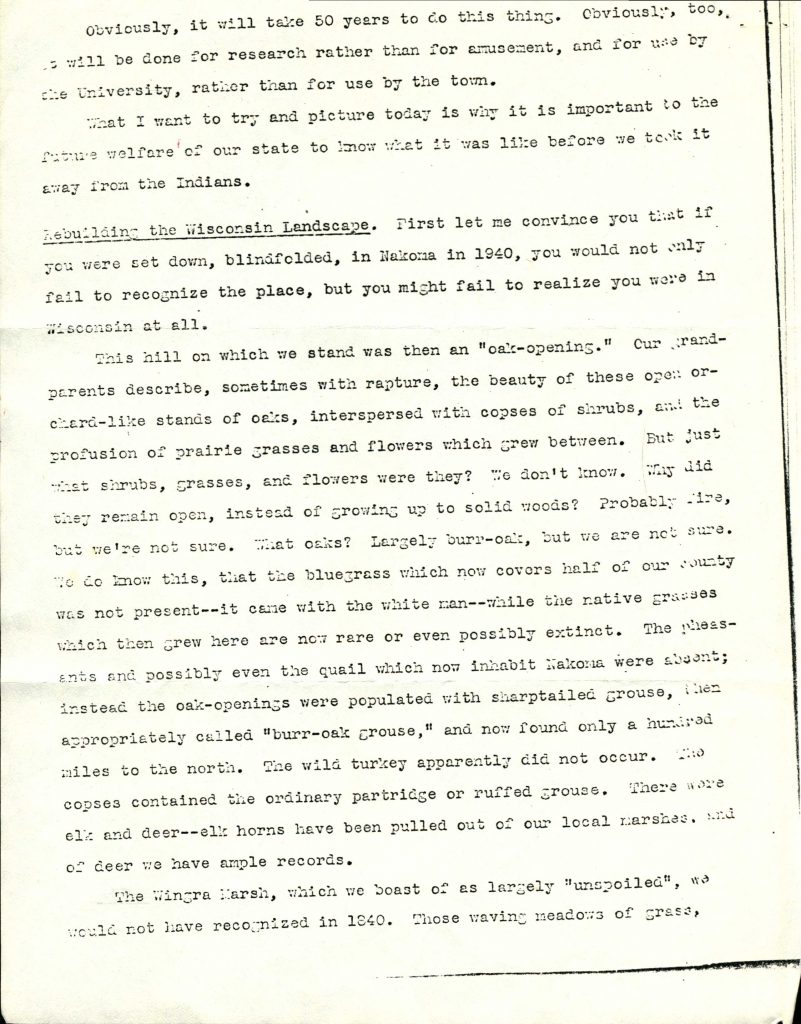 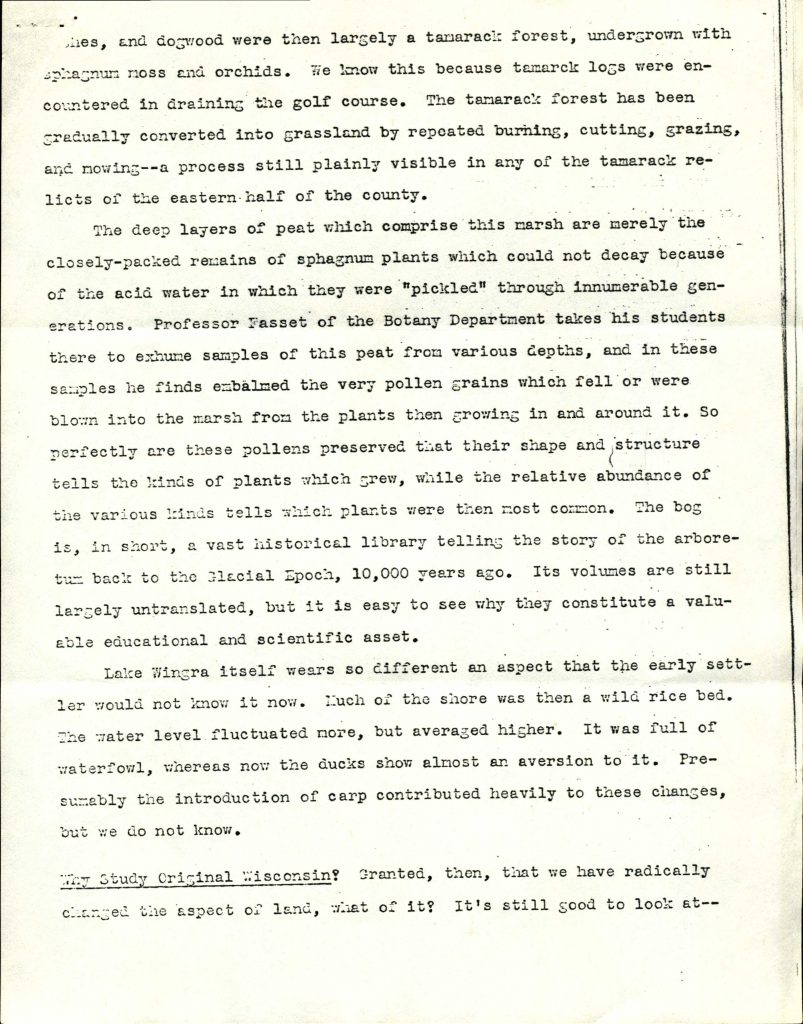 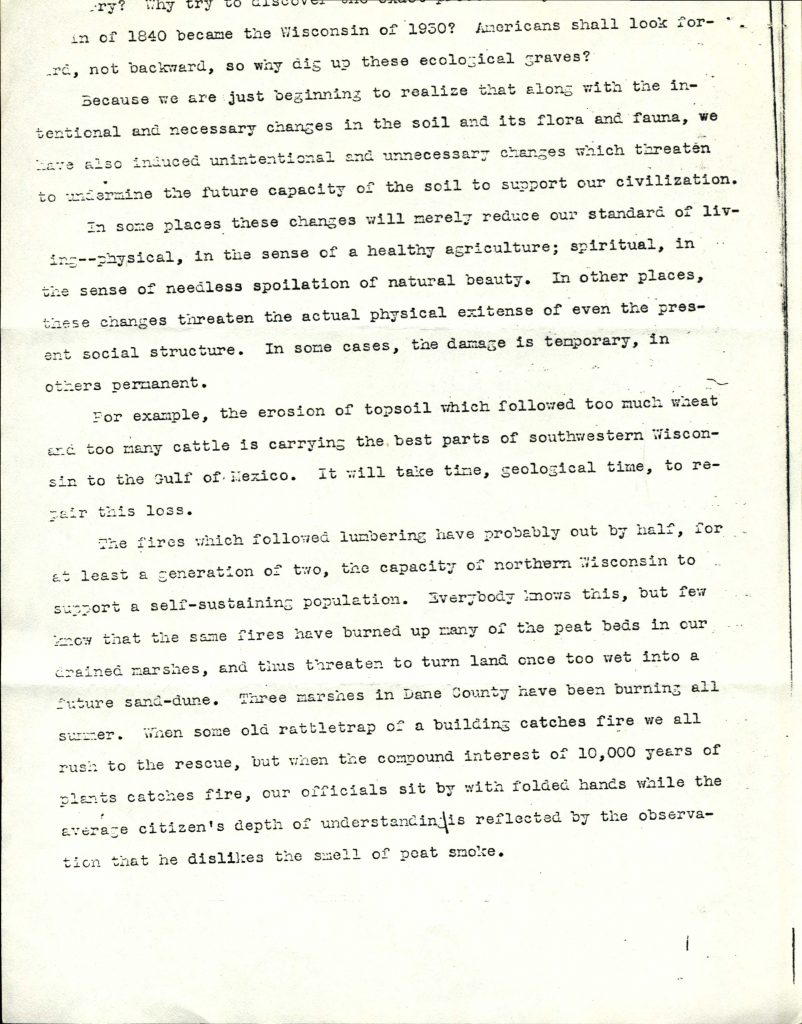 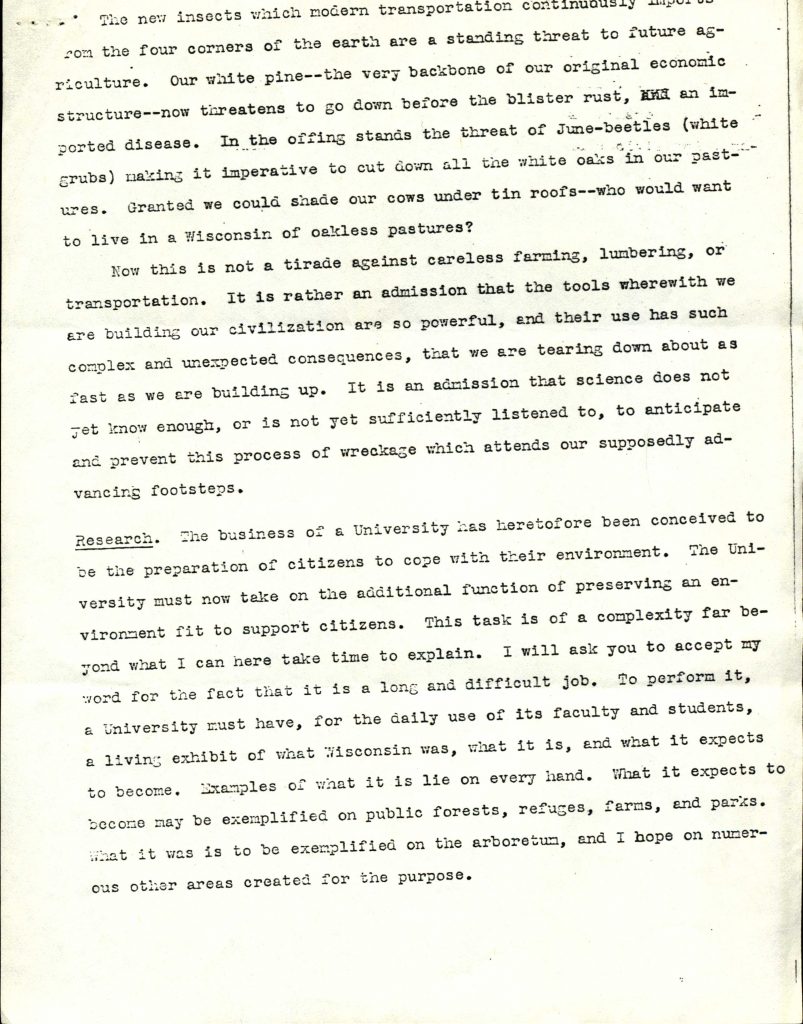 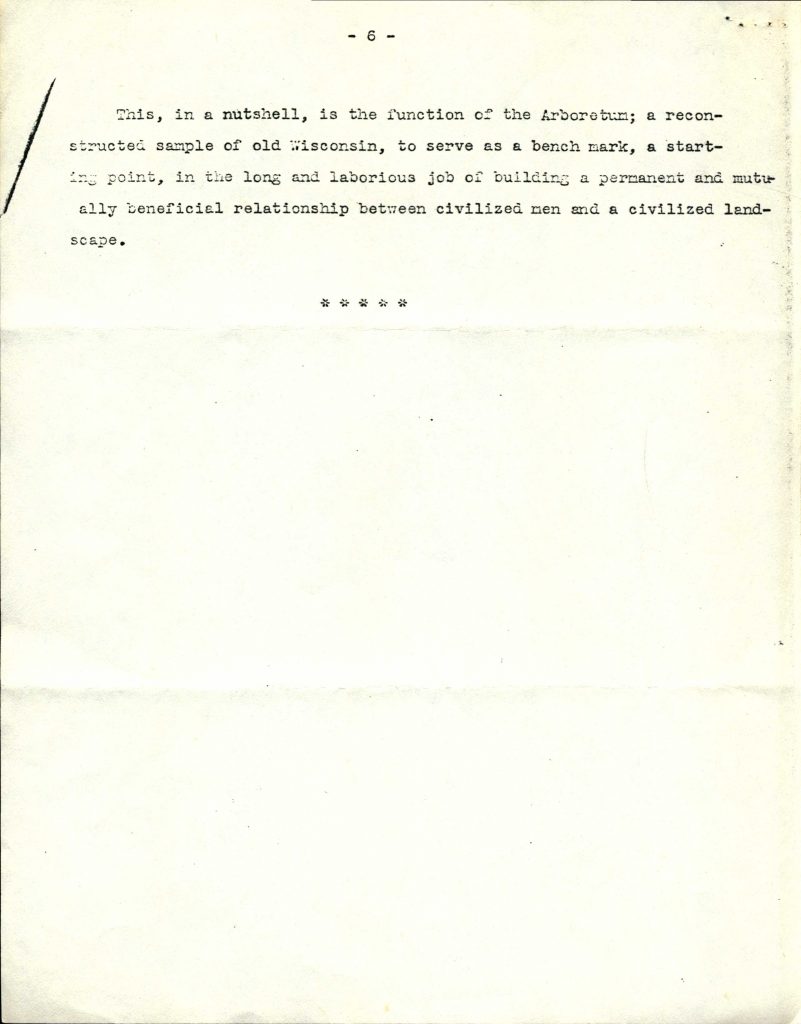 To learn more about Leopold’s involvement with the Arboretum, we encourage you to visit the exhibit “Aldo Leopold: Life, Land, Legacy” in Special Collections (through May 24, 2019) and to explore the Aldo Leopold Archives in UW Digital Collections.