With Andrea Rolich of the Preservation Department, we were recently looking at the UW-Madison Libraries’ copies of the periodical Every Week, including the issue for July 2, 1917, now a century old.

The UW-Madison Libraries, along with New York Public Library, have been collaborating with the Center for Digital Research in the Humanities at the University of Nebraska–Lincoln, which has now put together a digital collection Every Week, providing online access to the magazine along with historical essays about its content and significance.

Here’s the cover already available in the University of Nebraska-Lincoln digital collection: 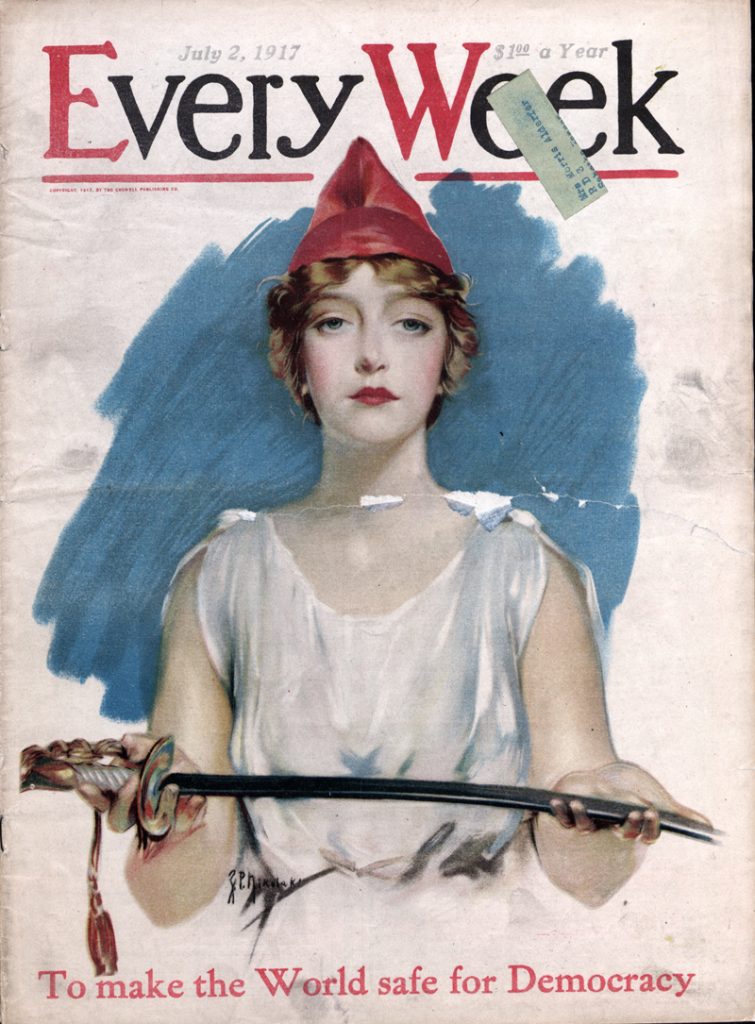 along with a link to the cover article, which reflected on the power of democratic ideals even as “a fury” — this in July 1917 — threatened “almost to wreck civilization itself.”