Like alleys themselves, Sharon McDermott’s poems are tough, gritty and sometimes violent. They are also lively, daring, on edge, and filled with ironic juxtapositions. Many of the poems are literally […] 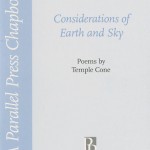 Considerations of Earth and Sky

Temple Cone’s poems are grounded in the authenticity of “work that blesses.” Toil, sweat, callused palms, aching muscles, gutted fish, crippled deer, the stink of brackwater… these are the poems’ […] 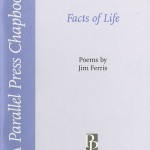 “I was just another crippled child,” writes Jim Ferris, “a leg among legs….” Ferris’ poems are part howl/incantation, part laughter at an absurdly crooked world. They are reverently irreverent, unsparingly […]

Now You See It

“He said, ‘No thank you.’/Life wasn’t going to jilt him now…” Part nervous laughter, part numb disbelief, part where-do-we-go-from-here, these poems try on catchy rejoinders to the “sick joke” of […] 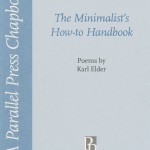 Karl Elder is the Jacob and Lucile Fessler Professor of Creative Writing and Poet in Residence at Lakeland College as well as author of seven collections of poetry, including Phobophobia, […] 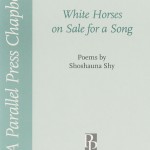 White Horses on Sale for a Song

Shoshauna Shy delves into the impressions, surprises, contradictions and hurts of childhood and early adolescence. She confronts the constraints of growing up female, “When seated keep your ankles crossed/And moderate […]