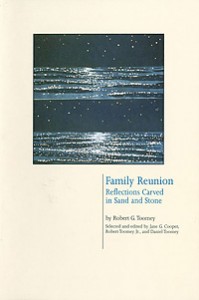 Robert G.Toomey was born in 1928 and grew up in Cleveland, Ohio, where he attended a Catholic high school and (after a stint in the U.S. Army) received bachelor’s and master’s degrees in English from John Carroll University, a Jesuit college in Cleveland. He was a graduate student on scholarship at Oxford University in England and also completed Ph.D. coursework at the University of Wisconsin–Madison. Among his professors at UW–Madison were Helen C. White and Julius Weinberg.

Toomey was the father of three sons. He taught college English at UW–Madison; UW–Whitewater; St. Ambrose University (Iowa); St. John Fisher University (New York); and Providence College (Rhode Island). He retired from the University of Wisconsin Memorial Library in December 2001, and devoted his waking hours to music, reading, and writing.

Robert G.Toomey died in 2005, in Madison,Wisconsin, at the age of 76. He was preceded in death by his wife Nada and son Michael. He is survived by sons Robert and Daniel, and partner, Jane Cooper.

At a poetry reading in Avol’s, a Madison bookstore, on May 5, 2005, Robert G.Toomey read his poem “So Help Me Sylvia Plath, Billy Collins and Joyce Carol Oates!” The poem—which he was editing up until the moment he stood up to read it—was well received by the audience but it also stirred much discussion. In it he lamented, humorously, the lot of the poet encountering the lures and snares of the poetry contest.

The poor saps! The poets already scorned by their neighbors,
And nearest next-of-kin and our nation of auctioneers,
No-goodniks and ne-er do-wells, or bets or bests
Are even now being victimized by their own kind—
Fooled, fleeced, flummoxed, undone by the very ones
You’d think would have pity at least
If not compassion for their suffering brothers and sisters
Who sweat and slave, bodies aching, minds run dry,
For hours and days, over a blank cold page
In their desperate daily quest
And epic efforts for an inspiration, a fix
To sustain them during their dark cold nights
Sleepless in Madison and/or Milwaukee,
Sweating, cursing, boo-hooing
They’d give up everything—even their jobs—
Their all, even money, for a verse
Be it a simple lyric with riming quatrains,
Or something, anything, free, unmetered, unrimed
Or even doggerel occasioned by a fancy flight
To the moon on gossamer wings (rimes with “things”)

To be betrayed by their friends, the very ones
Who promote these charades
At the Iowa and Milwaukee creative writing establishments—
Schools that grant degrees, certificates, and sometimes
Even help you get a paying job repeating
What you’ve learned and passing it on by promises
Of prizes and other tokens of success.
The laurel leaf, a lure dangled under your nose
Now gone bad and discarded, once spurred
By money and promises of the fame game
Accompanied by publication in the journals
And so much more.

I fell for it hook line and sinker (I have the rejection slips to prove it)
And finally phony, that bitter pill foisted on you
Together with the funny money.
You thought it was true and on the up and up,
But the joke was on you
And you got it up the old wazoo.