Gender and Women’s Studies is an interdisciplinary field that examines the influence of gender identity and roles. It is an expansion and scholarly evolution of the field of women’s studies, which examined (and continues to examine) women’s experiences and gender roles as they affect the lives of women and men, culture, and the course of history. Although the formal field of Women’s Studies dates only to about 1970, there are, of course, many books and articles in campus libraries written by and about women in earlier periods. These often used the term “Woman” capitalized and in the singular. Women’s Studies material dating from the 1970s and onward recognizes that women have multiple voices, experiences, and roles. Recent scholarship also looks at the intersections of various identities and group memberships. Women’s Studies scholarship is also generally informed by a feminist perspective. The expansion to Gender and Women’s Studies adds attention to masculinity, sexuality, lesbian-gay-bisexual-transgendered-intersex studies, and queer theory.

Due to the interdisciplinary nature of the field, material relevant to Gender and Women’s Studies is found throughout Memorial Library (the research library for the humanities and social sciences), in the (undergraduate) College Library Women’s Collection, the Social Work Library, the Wisconsin Historical Society Library (North American history), and virtually all other University of Wisconsin-Madison libraries. Collectively, the libraries on the Madison campus of the University of Wisconsin have a premier collection in support of Gender and Women’s Studies scholarship.

Learn more about the collection

UW-Madison users are encouraged to suggest suitable items for acquiring, although in today’s budgetary environment, it should be understood that it might not be possible to honor all such requests. Submit individual purchase requests by filling out the Purchase Recommendation Form. 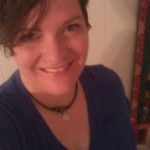